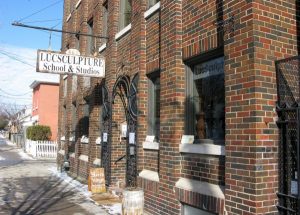 On Saturday June 18th beginning at 6:00 pm The Toronto Guitar School and Mint Music presents our End of Term Social, Recital and Concert at our Danforth and Greenwood location.

Come out and meet other students, teachers, musicians and music lovers for a fun-filled evening of entertainment and song. We have got a great program of professional entertainment lined up so mark it in your calendar and bring your friends. Select Mint Music and Toronto Guitar School students will have an opportunity to open up for the main performers of the evening between 7-8 pm. Admission is Free however space is limited so if you are planning to attend please RSVP at info@mintmusic.ca so we can add you to the guest list and reserve you a seat.

How far will 2 guitars and 20 harmonicas take you? Taylor Abrahamse and Bryn Scott-Grimes are on a journey to find out.

Taylor’s earliest memories are of stage and screen – he’s been a professional actor since the age of 6, in addition to his successful solo music career. Bryn’s first recordings were spun out in the attic of the big old house where he was born, resulting in 4 solo albums, and a self-operated & thriving harmonica school.

They became friends while pursuing their BAs in music at York University, Toronto, and soon discovered their mutual fascination for any song brimming with pure imagination. In 2014, after working successfully as solo artists in the city, they decided to combine their distinctive song-writing styles and musical energies to create something altogether new.

For samples of Glen’s music, please visit his Reverbnation profile at http://www.reverbnation.com/glenalan