It’s FREE to audition! All instruments and levels are welcome!

Our first round of auditions will be held on Thursday, September 14th from 7:00 – 9:00 pm at Toronto Guitar School.

During each 10 – 15 minute audition, a Toronto Guitar School instructor will interview you about your past experience, playing ability, musical interests and hear you play. After the audition session, each member will be put into groups to get ready for band rehearsals!

Weekly rehearsals will start the week of September 18th and run for 8 weeks. Each rehearsal is $20, and we provide all the necessary instruments, amps, and equipment you need. After the 8-week rehearsal period is over we can arrange for a studio recording, music video, or live performance of your group!

Bring your instrument to the audition so you can meet and jam with other musicians during the evening of the audition. Light refreshments and snacks will be served throughout the evening, and you’ll get a chance to tour our studios and have all your questions answered. The types of bands or groups your form is up to you but rock, classic rock, pop, jazz, latin, folk, classical are some possible starting points. Each group will be supervised by a Toronto Guitar School instructor who will provide charts for the group and assist with the running or organization of the rehearsals. 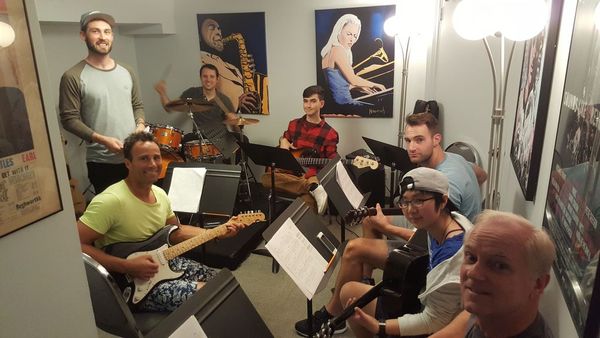 Those that R.S.V.P. on the meetup and prepay $20 for their first ensemble class in advance get…

1) To PRE BOOK their AUDITION/ASSESSMENT with a RockBand Ensemble Leader at a time of their choice.

* this offer only applies to students not currently enrolled in private lessons or group classes at the Toronto Guitar School. Subject to teacher availability. Cannot be combined with any other offers or discounts. 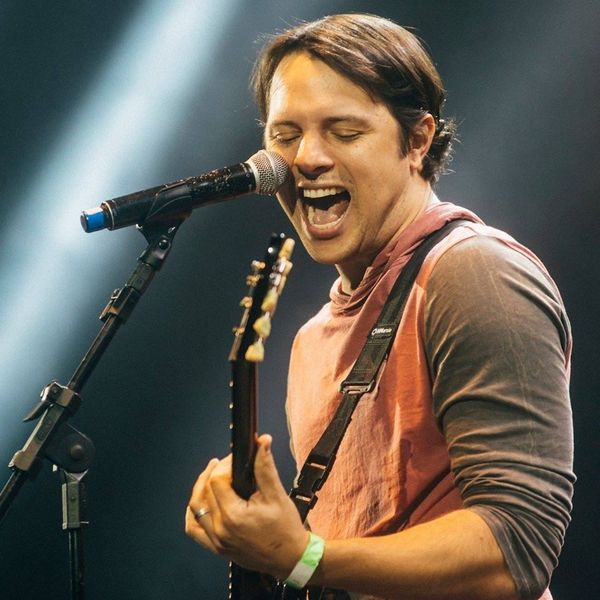 He has performed in a number of professional bands over the past 20 years and has given hundreds of concerts at international recognized venues in Brazil, such as HSBC Music Hall, Credicard Hall, Porto Seguro Theatre and Citibank Hall for live audiences as large as 50,000 people. As a composer Leo has written more than 200 of his own original songs has also written countless songs and scores for tv shows, commercial jingles and various professional artists. In his role as band leader and front man he has been interviewed on television and radio multiple times and performed live on tv shows like Agora é Tarde (TV Bandeirantes), Jornal da Record (Record TV), Todo Seu (TV Gazeta) and SBT, all Brazilian TV Channels.

Leonardo has built and designed 4 commercial studios in Brazil from 2002 to 2016 and since May 2017 Leonardo has been a senior engineer at Mint Music’s Recording Studios in Toronto.  Leonardo has recorded and produced hundred of songs in numerous genres and styles over his recording career. Leonardo is fluent ProTools, Cubase, Logic, FL Studio, WaveLab and Studio One and has taught engineering and recording since 2008. As an award-winner film maker, Leo has done music recording and audio for film and television, foley, editing and mixing in surround and stereo.

Leo is a passionate music educator and his extensive studio and musical experience is a great resource for his private students, ensembles and classes he teaches. Regardless of any student’s skill level, Leo knows how to bring the best in everyone, creating a comfortable and dynamic teaching environment where everyone can succeed.

KC is an established singer/songwriter in Toronto, having written and recorded 100+ original songs in his career thus far. Since 2007, he has been the leader/singer/guitar player of an 8 piece band called KC Roberts & The Live Revolution (KCLR). KCLR has released 5 full-length records, played festivals and shows all over Canada and the U.S, Sold over 3,000 CD’s in Japan, acquired hundreds of thousands of youtube views on their channel, and have a large and loyal fan base across the country. A large portion of KCLR’s fans are musicians, who enjoy the bands writing, arrangements and musicianship. The band unique approach, as well as KC’s writing and arranging, inspire many of the young and older musicians to pursue their instruments and playing in deeper ways. KC is the principal songwriter and musical director of the band, having written most of the horn lines, bass lines, grooves, melodies and chordal harmony and all the lyrics and guitar parts in the band’s catalogue. They just recently finished a 20-day west coast tour starting in Edmonton and ending in L.A. KC’s music is regularly played on CBC radio.

Brazilian multi-instrumentalist Andre Valerio is in high demand as a guitarist, composer and arranger. Andre’s versatility has taken him around the world to perform in important music festivals and venues in Canada, the Netherlands, Mexico and Brazil. His interest in music began at a very young age after listening to Brazil’s most enduring musical genres, Bossa Nova. Inspired to compose and arrange since he was a teenager, for many years Andre studied classical guitar, jazz and latin music among other styles. His deep passion for music led him to learn six instruments: acoustic guitar, piano, mandolin, cavaquinho, bass and electric guitar. 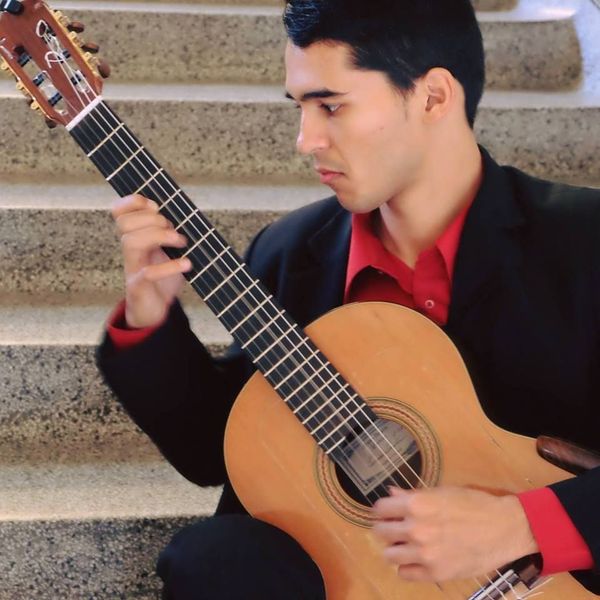 Daniel has a particular love for new music and the music of new composers, and has premiered works by Daniel Mehdizadeh, Raphael Weinroth-Browne, Julian Bertino, and several others, which can be found on his Youtube channel. He looks forward to premiering a work by Ricardo Mateus with Zac Pulak in Vienna in 2018.