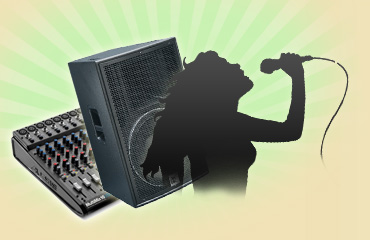 We have what you need for your next event:

For your next corporate, special event or private party and let Mint Music handle the event details. From sound reinforcement equipment and setup, to booking the musicians and entertainers, to providing technicians to run the show we will make sure we meet and exceed your expectations. 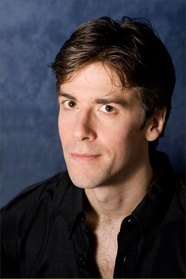 Glen Alan is a socially conscious, inspirational and politically satirical singer-songwriter from Toronto, Ontario. Many of Glen Alan’s songs explore a wide variety of subject matter ranging from the human condition, the superficiality of certain aspects of modern society to political, motivational and environmental themes. Glen Alan’s music has been compared to the works of Steely Dan, Moxy Früvous, Paul McCartney, Queen and the music of Brian Wilson. Drawing on his own personal experience Glen shares his insights on various issues by engaging and entertaining audiences with thought provoking lyrics, humour, rich harmonies and memorable melodies. 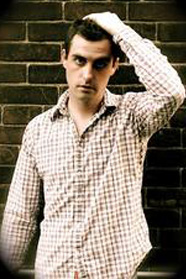 Toronto native Mark Cassidy is a gifted singer and songwriter.  Over the past year Mark has been performing his unique blend of folk/pop for audiences in and around his home town, where he has been primarily focused on the development of the craft of writing and performing.  While opting for the intimacy and intensity of a solo voice and guitar, it has further allowed him to connect more intimately with his audience.

Prior to this Mark had spent 3 years traveling across Canada and through The United States playing on college and university campuses.  Between 2005 and 2006 Mark was selected by COCA in Canada and NACA in The United States to showcase 6 times for student activity programmers.  Based on these performances Mark was able to put together multiple tours throughout North America.  During this time Mark traveled over 200,000 km, mostly by car

These experiences have allowed Mark to mature as an artist and as an individual.  His stage show repertoire has grown.  His most recent compositions are emotionally charged reflections on his past, his present and his future.  In the spring of 2010, Mark recorded 2 acoustic demos of his most current material at Mint Music Studios.  This lead to his new release “When I Was A Boy” released in December of 2010.  In the future Mark hopes to return to more extensive touring while further expanding his growing audience. 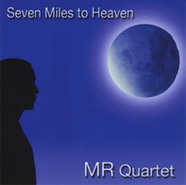 The MR Quartet was established in 2006 by bassist Al Richardson and pianist Mark Meitine to explore their musical ideas. MR Quartet also features saxophonist Joe Amato the drummer Mike Kawabe, both of whom joined the group in November of 2006. In June of 2009 MR Quartet released its first CD, “Seven Miles To Heaven”, which was recorded in 2006. The music on this CD was written by Mark and Al. “Seven Miles To Heaven” became a result of collaboration of brilliant local musicians, including David Rodenburg on sax, and Jim Boudreau, Peter Grimmer and Howard Southwood on drums. Recording was made in Kitchener-Waterloo, Cambridge and Guelph. Mastering was done at Mint Music Studios in Toronto.

Peter Mathers began his guitar studies at the age of 16 studying at the Royal Conservatory of Music in Toronto. Nine years later he completed a Bachelor of Music in Performance at the University of Toronto.

After graduating from the University of Toronto music faculty, he began performing at an Airport Hilton Hotel regularly where he developed his solo guitar repertoire, embracing many styles of guitar music. This was followed by a cross-over album of instrumental guitar arrangements of pop songs entitled FORBIDDEN GAMES, which received significant airplay on MOR radio stations in Canada.

His next recording HEARTSTRINGS was sixteen original solo guitar compositions mainly focussing on the 12-string guitar in the New Age genre and was followed by a Canadian concert tour. Next, his signing with Marshmellow Records produced three nouveau flamenco recordings: MIRAGE, SUNDANCE, and RENDEZVOUS .

Peter continues to perform in various festivals and private corporate events as well as recording and collaborating with other musicians who make use of his diverse guitar skills.