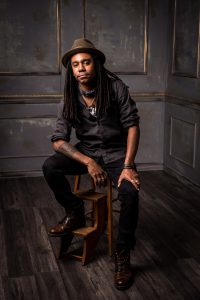 Julian Taylor is an award winning Toronto musician and singer-songwriter. His career began early in life and so far has lead to top-forty singles, countless live performances, international tours, and the release of seven albums. He has performed with acts like Blue Rodeo, Collective Soul and Jeff Healy among many others. His band features an array of talented musicians and seamlessly blends genres into something fresh and exciting!

Julian Taylor has collaborated with Toronto Guitar School and Mint Music for a number of years, performing at numerous live events and he also has been a special guest instructor at our Level 2 Songwriting Class.

“A true music fan and gifted performer, Taylor’s sound is a culmination of every musical genre that has touched him throughout his life. Equal parts troubadour and soul singer, Taylor emits a raw, emotive and distinct delivery.

Julian’s recent reincarnation sees him moving towards music that inspired him as a child and in a direction that “just felt natural”. Featuring an impossibly cool and lovable roster of diverse, accomplished musicians; the Julian Taylor Band released their first single, ‘Never Gonna Give You Up’.

Described simply as “baby-making music”, the new sound takes form as soul-driven pop-rock; inspired by the likes of The Temptations, Stevie Wonder, and Bill Withers.

The sound, which has been catching fire, is sure to keep both dance floors and bedrooms alike bumping. Effortlessly, Julian, along with the band’s energy and performance, have been known to transcend the moment and take you to wherever it is that you want to be.” (source) 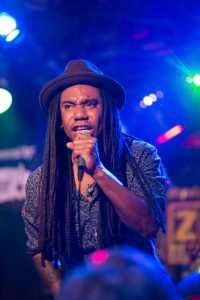 The Julian Taylor Band performed live at the following events:

Check out these links to explore more of Julian Taylor’s work! 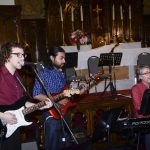 What Makes A Man – A New Song By Glen AlanBlog