Brazilian multi-instrumentalist André Valerio is in high demand as a guitarist, composer and arranger. Mr. Valerio’s versatility has taken him around the world to perform in internationally recognized music festivals and venues in Canada, The U.S., Mexico, Netherlands and Brazil. His interest in music began at a very young age after listening to Bossa Nova, Brazil’s most enduring musical genre. Inspired to compose and arrange since his teenage years, André took a strong interest in classical music and jazz among other styles, a passion that led him to learn his six instruments: acoustic guitar, piano, mandolin, cavaquinho, bass and electric guitar.

André started his musical studies at twelve years of age with guitar professor William Gomes in his native city of Sao Paulo. Shortly after, he was admitted into one of Brazil’s most prestigious music schools (EMESP) where he studied with the Brazilian guitarist virtuoso Olmir Stocker. As part of his musical formation, André completed studies in performance, theory, harmony, counterpoint and choral conducting in multiple institutions and studied improvisation and piano with numerous internationally renowned professors. His passion for teaching and education led him to complete a Pedagogy degree in 2009 from the University of Guarulhos in São Paulo, where he acquired the knowledge to develop his extensive teaching techniques.

André completed his studies in guitar performance in 2017 at Canada’s leading Jazz academy Humber College and has the distinction of winning the David Stillwell Arrangement Award twice. At Humber, André studied with some of the most accomplished musicians in Canada such as Ted Quinlan, Geoff Young, Brian Dickinson, Pat Labarbera, Mark Promane, Nathan Hiltz and more.

André leads Jazz, Brazilian and Classical music ensembles that perform regularly around the city. His first album Chrysalis was released in 2017 and has ten songs composed and arranged by him. The album features some of Toronto’s leading musicians including Mark Promane on woodwinds. Chrysalis is available in multiple digital platforms: Spotify, iTunes, Amazon Music and Google Play.

André is a member of the group Tio Chorinho. It is the only ensemble in Canada dedicated to performing Choro music, the “New Orleans jazz of Brazil”. Exciting, intimate, nostalgic and virtuosic, choro is an infectious urban-folk style whose universal appeal belies its musical complexity. The group’s debut CD received two nominations from the 2016 Canadian Folk Music Awards. The second album, released in 2019, has eight original Choros composed by André Valério.

To sign up for lessons with Andre please fill out the form below: 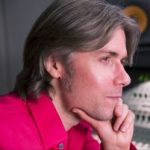 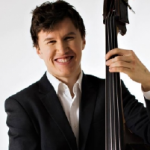