Glen Alan, a graduate of the Humber College Music Program (1996) was first introduced to recording and engineering in 1998 when he studied recording with engineer and musician John Ferreira, who at the time was head of Cubase Technical Support for Steinberg Canada. With his musical background Glen learned quickly and soon was asked to engineer, produce and arrange the songs of other artists and bands he worked with. His keyboard, vocal and musical experience proved to be invaluable and over time his studio and recording clientele began to grow.

In 2005 while attending Harris Institute For The Arts as a part-time student Glen met and formed a friendship with Kevin Cameron and in a year’s time they completed extensive renovations that expanded Mint Music’s second recording studio location (originally located at 32 Monarch Park) into a fully treated multi-room recording studio space. When Kevin graduated from Harris in 2006 he was hired part-time as an engineer for Mint Music Studios and Glen made the jump from engineering to producing. Since that time Glen has produced hundreds of sessions at Mint Music Studios. In October 2012 Find A Way moved to its present studio location in Studio City at 75 Sherbourne which is an award winning multi-room recording facility designed by world-renown studio designer Martin Pilchner.

A competent session singer, arranger and keyboardist himself, Glen is able to work with a wide range of instruments and styles to produce great results. His strong musical background allows Glen to speak easily to musicians and session players to get the best performance possible for his client. As a voice over artist Glen has been engaged by a number of Toronto filmmakers and a variety of small to large sized business clients including The NHL, Floorball Pro and Georgian Bowl. 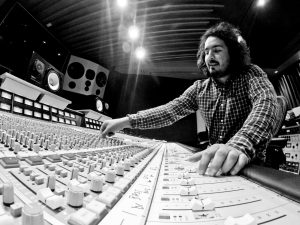 Guillermo Subauste is a producer/engineer and musician based in Toronto, Ontario. Originally from Lima, Peru, Guillermo developed a passion for music and recording at a very young age, emerging from the Peruvian punk rock scene of the early 2000s that allowed him to play countless shows, organ festivals and work as a sound engineer for several bands both live and in studio.

In 2007 he was awarded a scholarship to go to The Banff Centre to be mentored by Theresa Leonard (Ex president of AES) for 6 months, that ended up being 2 years after he got hired by the centre as a sound engineer. It is here that he expands his knowledge and passion working alongside great artists and producers such as Jane Bunnet, The Bad Plus, Joni Mitchell, Shawn Everett and many more.
He then moves back to Peru where he toured as the Front of House engineer for Adammo (Latin Grammy nomination and MTV Latin America Award recipient), mixing shows with audiences of up to 120, 000 people, as well as working with artists like Joey Cape (Lagwagon), Mike Herrera (MXPX), Youth of Today and more.

In 2010 he moved to Toronto where he started gaining reputation as a mixing engineer and musician, playing with bands like Eastborough, The Honeyrunners and Nevada.
Guillermo discovered his passion for teaching at Recording Arts Canada, where he taught Recording and Sound Design for 2 years,while touring all over Canada, USA and Europe with The Sadies, Gord Downie, Randy Bachman, Andre Williams, Protest The Hero and Sarah Harmer.

In December 2012, he started working at the state of the art studio, Revolution Recording, where he engineered The Sadies’ newest album, Internal Sounds, Whitney Rose & The Mavericks, Ferraro, plus many collaborations in projects for The Tea Party, Dave Bidini, Matthew Barber and more. 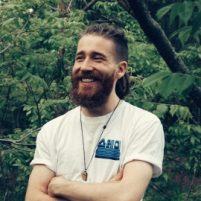 Mackenzie is a Toronto based music producer, performer, educator, sound designer and label owner whose futuristic, forward-thinking music blends abstract hip-hop, neo-soul, and electronic experimentation. His formal start in electronic music was through the DJ circuit in his hometown North Bay, Ontario. He received his diploma in Digital Music Production at Metalworks Institute and since graduating he’s been thriving in the underground Toronto art scene. After signing with Darker Than Wax earlier in 2018 his debut album “Villanova Junction” released on October 26th, 2018 which gained rotational air play through Giles Peterson’s radio show Worldwide FM and some Spotify editorial playlists. His sound design works with LP24 Audio has won multiple awards via Loopmasters and has been featured in Future Music Magazine, Music Tech, Plugin Boutique, and related first rate communities.

Morgan has been an instructor at two of Canada’s most prestigious audio schools, Metalworks Institute and Harris Institute, where he has taught courses in Ableton, Pro Tools and Logic as well as Sound Design, Arrangement and other important music production concepts.  Morgan is a Pro Tools Certified Operator, and a former clinician for Cubase/Nuendo. He is also a recognized expert in Ableton Live, Propellerhead’s Reason and Melodyne, produced content for top tutorial companies such as ASK Video/Mac Pro Video, and Groove3.com

As a producer, Morgan has had success in multiple electronic and urban genres.  He started as a DJ/Producer and has had (or worked on) releases on a variety of labels run by the heavyweights of House and Techno music (Derrick May, Adam Beyer, Carl Craig, Kevin Saunderson, 2000 and One and many more) Together with LA mix and mastering engineer Scott Radke, he runs 2 Lions Audio which has worked with notable artists such as New Kids on the Block, One Republic, Freddie Gibbs, Sir Michael Rocks and many others.