Anoop Isac is a Toronto based guitar prodigy. Born into a musical family in India, Anoop was initiated into music from his father, who is a professional and session keyboardist and guitarist. Currently, Anoop is leading his own band “TheIsacBrothers Experience”, and performing as the lead guitarist of Delhi Express and his father’s band, “Ajith Isac’s Spectrum Orchestra” who perform with many of India’s greatest artists. Anoop also has been working with Juno Award winning Ravi Naimpally and also toured with Award winning band named Snaggle. He is a versatile artist that is schooled in Jazz as well as his Carnatic/Indian roots. He has toured all over Canada performing many genres of music such as Pop, Jazz, Funk, Rock, Metal, Fusion and Indian Music.

Anoop started his musical journey at the age of five years old. At the age of six years old, Anoop and his younger brother, Jinu Isac started playing professionally and toured all throughout India for TV Shows and mega music concerts. Since the age of twelve years old, Anoop attended the very well known Humber College Music Program where he took lessons with some of world’s greatest musicians such as Ben Monder, Harold Mabern(Wes Montgomery’s Pianist), Seamus Blake, Lorne Lofsky, Ted Quinlin, Kirk Macdonald and Mulgrew Miller. Anoop had the honor of receiving the Humber College Guitar Award in 2014 and also was the recipient of MusicFest Canada Guitar Scholarship in 2015. Anoop is currently finishing his Bachelor of Music at Canada’s Jazz leading academy Humber College.

Anoop has successfully completed 12 years in teaching and enjoyed each and every time spent with his students,passing on his knowledge. He is looking forward to share his knowledge in music and inspire and enrich his students with much more efficient ways of learning musical skills including learning songs, sight reading, technique and performance.

To Sign Up for Guitar Lessons or Classes with Anoop please fill out the form below: 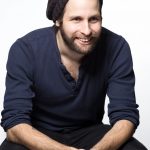 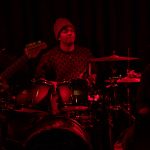