Musician and educator Glen Alan has been actively involved in the Toronto music and recording scene for more that 20 years. As a voice, piano, ukulele, guitar, songwriting and theory teacher Glen has helped thousands of individuals from children to adults sing, play and write songs more effectively. Over the years Glen has produced and led various seminars and master classes on songwriting, music theory, voice, microphone technique, music business and studio recording for clients of Mint Music (formerly Find A Way) – a music company Glen Alan founded in 1996.

Glen began playing the piano when he was 7 years old and after that learned the ukulele and played acoustic bass in his father’s school ukulele band when he was a young teenager. Glen’s father who was an accomplished organist and choir director had Glen sing in church choirs from an early age until his early 20’s. Later, Glen double majored in voice and alto saxophone in high school and was the bass singer and also helped manage and run the critically acclaimed No Nonsense a cappella Quartet. Later, Glen taught himself to play guitar when he attended Humber College in 1993. Glen began his first formal guitar lessons in 1996 and quickly began composing and performing with the guitar in the years that followed.

Since founding Mint Music and the Toronto Guitar School Glen has taught many private lessons and group classes in guitar and ukulele. Glen brings a wealth of over 20 years teaching experience, passion and fun to every class he teaches.

To Sign Up for Lessons with Glen please fill out the form below: 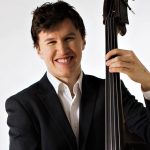