Canadian born, multi-genre guitarist Jared Higgins is becoming a known figure in many of Toronto’s music scenes. Born into a musical family, Jared has been surrounded by music (most notably the Blues) since his birth and had taken an interest in drums, bass and guitar during his formative years. Settling in on guitar at age 12, he was under instruction from his father Kevin Higgins who is a notable figure in the Toronto blues scene. He took to the instrument quite quickly and began playing in bands soon after. After high school, he would be accepted into Humber College’s Intro to Jazz program as well as the Bachelor of Music program. This is where he would spend 5 years studying under Canada’s most influential, and personally inspiring, guitar players (including Ted Quinlan, Geoff Young, Kim Ratcliffe and Trevor Giancola).

Jared is an ever-curious student of music and has not broken from his studies since graduating from Humber. In addition to teaching, he can be found playing shows around the city for a wide range of artists, performing with his own bands/projects as well as seeing inspiring artists in his free time. Jared can be heard on his band Two-Bit’s recently released EP ‘Lively’ where his knowledge of Jazz, Rock, Ambient, Hip-Hop, Funk and Blues are in full display.

Jared is looking for curious students to share his knowledge with and is an enthusiastic instructor looking to inspire. As well as playing guitar, he is knowledgeable in bass, ukulele and mandolin.

To Sign Up for Guitar Lessons or Classes with Jared please fill out the form below: 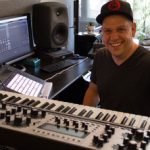 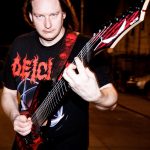