Paul McNamara is an Irish songwriter, multi-instrumentalist and touring musician for over 12 years. Paul studied at Liverpool Institute for Performing Arts and graduated with a Bachelor of Music. Paul McNamara’s independent releases have racked up over 6 million streams on Spotify, have been featured on UK TV shows ‘Hollyoaks’ and Emmerdale and received airplay from industry heavyweights such as BBC Radio 2, Amazing Radio and NME.

He has toured with BRITS ‘Critics Choice Winner’ James Bay as well as recording alongside his musical heroes Sir. Paul McCartney, Shane MacGowan and Robbie Williams under the name ‘The Justice Collective’. McNamara has played many of the worlds largest music festivals and he recently embarked on a string of Irish and UK dates before a month-long tour of Canada taking in more than 25 shows in 30 days.

“Rhythm has always been a huge passion of mine from my earliest days as a percussionist right through to my recent more releases as a guitarist, singer/songwriter. Rhythm is an integral foundation of any great band and an immensely important skill for any aspiring musician.” 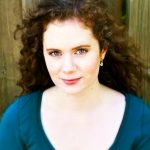 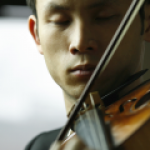