What Makes A Man – A New Song By Glen Alan

By Toronto Guitar School
Posted July 27, 2018
In Blog
What Makes A Man – A New Song By Glen Alan2018-07-272021-08-10https://www.torontoguitarschool.com/wp-content/uploads/toronto-guitar-school-logo-rgb-72dpi_01-standard-white-alt.pngToronto Guitar Schoolhttps://www.torontoguitarschool.com/wp-content/uploads/concert-glen.jpg200px200px
0

In response to the terrorist van attack that occurred on April 23, 2018, which killed 10 and critically injured 16, Glen Alan wrote the song “What Makes A Man” in solidarity with those affected. “What Makes A Man” explores the factors that shape an individual’s development and the key character traits that a well-adjusted male embodies. The goal of the song is to bring awareness of the important role society plays in the education and development of the lives of young boys and adolescents. The van attack crystalized for Glen Alan the urgency that society needs to act in addressing this growing problem and so he wrote and recorded this song as a vehicle to inspire a change in how young boys and adolescents are treated.

The song asks the question why would a person intentionally harm people and what causes a person to do so. It is a call to all men to respond to life’s challenges with dignity, courage, and bravery. The Yonge Street video footage was shot directly the day after the memorial was held in the city. The attack was a wake-up call to all Torontonians. At the memorial Toronto’s long-standing reputation of inclusivity was clearly evident every religion, race and ethnic group that makes up Toronto’s rich cultural mosaic were represented. Torontonians stood united together expressing their sadness and grief while reaffirming their commitment to creating a safe welcoming city.

Now more than ever positive male role models are desperately needed to provide mentoring for young boys and adolescents. Showing emotion such as crying is not a weakness but a sign of great strength. Young boys also need to understand that vulnerability is a strength, not a weakness, and that violence of any kind cannot and should not be tolerated. Through the media, movies, and video games; children and teens are bombarded with violence and to counter-balance this, they need to be shown how compassion, love, and self-expression are always a more appropriate response that can also enrich their own lives and the lives of others. No man is an island and if we are to evolve as a species, young males and teens need tools and role models to aid in their emotional and character development in their transition to manhood.

Unfortunately, the need for positive male role models as mentors is even more urgent today as it was when Glen Alan first wrote: “What Makes A Man.” The Toronto Greektown tragedy that occurred Sunday, the evening of July 22nd’s which injured 13 and murdered a 10-year old and an 18-year old girl is a clear sign that things are not getting better. The shooter’s own ability to think compassionately and feel he was connected to the wider community was severely compromised allowing him to commit this terrible crime because of a belief that everyone he killed was separate from himself. This illusion had grave consequences and one cannot help but think if early intervention had been possible, this whole tragedy may have been avoided. This is why this song and the message it holds is so important. It is the job of every man to show young men like Alek Minassion and Faisal Hussain that violence is not the way. Glorifying anger and hatred only leads to more hatred and suffering for the victims and the perpetrator.  If we truly want to be free as human beings, we must leave violence behind and embrace a new way of being. This journey of self-discovery and self-actualization is what makes a man.

This song is dedicated to all those that have lost lives or have been injured due to the violence of men. It is a call for all men to do what they can to speak out and prevent these acts from happening in the future.  Let us all unite in preventing violence by any man directed at any one person or group.

Musician and educator Glen Alan has been actively involved in the Toronto music and recording scene for more than 20 years. As a music teacher Glen has helped thousands of individuals from children, teens to adults sing, play and write songs more effectively. Over the years Glen has produced and led various seminars and master classes on songwriting, music theory, voice, microphone technique, music business and recording for clients of Mint Music (formerly Find A Way) – a music company Glen Alan founded in 1996.

Since founding Mint Music and the Toronto Guitar School Glen has taught many private lessons and group classes over the years. Glen brings a wealth of over 20 years teaching experience, passion, and fun to every class he instructs. In addition, to his teaching career Glen is a prolific songwriter and has produced and released 2 albums to date and plans to release an EP in late 2018 to support his 3rd album release in 2019. Glen is also a seasoned entertainer performing live on City TV’s Breakfast Television and CBC Radio multiple times and at prestigious venues such as Skydome, The CNE Bandshell and numerous festivals, corporate events and concerts across North America and Europe. His latest group Glen Alan and the Troubadours features Glen singing and playing his own original music accompanied by some of Toronto’s finest musicians. 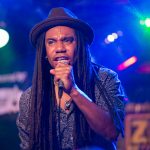 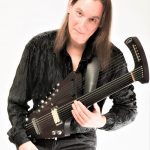