George is an electric and acoustic bassist and is one of Toronto’s most in demand young musicians. Moving from his native England in 2007, he attended Humber College’s Bachelor of Music where he graduated with honors and was the recipient of the Bass Faculty Award, The Mike Downes Award and the Yamaha Music Canada Scholarship. While at Humber George also had the chance to work with many inspirational musicians including Grammy Winning producer Al Schmitt, Black Star saxophonist Donny McCaslin and Snarky Puppy’s Larnell Lewis.

George performs regularly around North America with a variety of acts in styles ranging from rock to jazz to bluegrass to R&B. He has supported the legendary Commodores and has held residencies at the Orbit Room and the Ripley’s Aquarium of Canada. George is also a full time member of jazz quartet Lady Be Good, nominated for the 2014 Wedding Industry Expert’s ‘Best Live Band’. Along with his live playing George is in demand as a session player, and has recorded albums for artists including Tara Beier, Daniela Garcia, Lizzie Lyon, Saishubi and Graham Mallany.
George can be found performing regularly around Toronto, including weekly with The Hit Pickers at the Cloak and Dagger Irish Pub. George also loves to teach and when he has time he stays busy composing and recording his debut E.P. as a solo artist, due summer 2016.

To Sign Up for Lessons or Classes with George please fill out the form below: 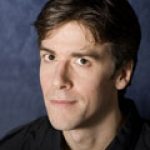 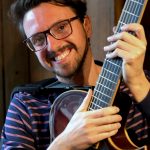