Toronto-based bass player, Joshua Sofian, began his bass playing career when he was 14 years old, after falling in love with all of the low notes and dominant parts in various musical settings. Although R&B, soul, jazz, and pop would be his main genres nowadays, Joshua also has experience playing in rock bands as well as worship teams.

Growing up in an international community in Beijing, China, Joshua Sofian got the opportunity to play in violin and viola in the school orchestra, guitar and bass in the jazz band/combo, and be the driving force of the Return to the Forbidden Planet musical’s pit band in his senior year. In addition to playing at school, Joshua also played guitar and bass in the worship team of one of the largest international churches in Beijing, Capital Community Church. Being the youngest one on the team, Joshua had the opportunity to grow up learning and playing with professional musicians on the team, including pop star, Hao Ge. Growing up playing with professionals allowed Joshua to set goals and develop the skills and knowledge required to play in a professionally. At age 14, he started teaching guitar, which then led to teaching bass at age 17.

After moving to Toronto, ON in 2016, Joshua Sofian joined an indie/alternative rock band called Newcomer after meeting some friends at a music club at the University of Toronto. The band recorded an album called ‘Joys’ and played many shows in Toronto venues such as The Horseshoe Tavern, Lee’s Palace, and The Opera House. Newcomer received rave reviews from listeners and journalists, and even won a Battle of the Bands. In 2019, Joshua resigned from the band seeking other opportunities to expand his bass playing abilities as well as to teach.

Joshua has recorded sessions with producers at Pro Soul Studios in Beijing, as well as Candle Recording, No. 9 Audio Group, and Iguana Studios in Toronto. With experiences recording and playing in a variety of music groups in many different live music venues, weddings, and other public and private events, he hopes to continue to grow as a musician no matter where he is at. Joshua is now open to opportunities to teach, collaborate, perform, as well as play recording sessions.

In 2021, Joshua Sofian got called to play in the house band at the PURSUE Youth Conference with the Eastern Ontario District, in which more than 120 churches in Eastern Ontario and Nunavut attended online. He continues to collaborate and record sessions during the pandemic. Joshua also started teaching with Little Chopin Academy.

In 2022, Joshua Sofian started teaching at the Mint Music School, and continues to perform with various artists in Toronto. Joshua also played at the 40th Canadian Music Week festival with Alessandro Montelli and Julianna Jones. 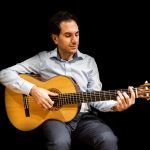 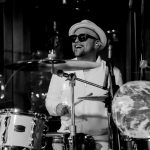